Have you ever noticed how some bands seem to perpetually move forward in their careers, seemingly with ease, while other bands remain stagnant with no real progress for years or they make one good album and then disappear from the scene? It may be more than simple luck. It could be their approach to their music careers and life.

As a musician who wants to be one of the success stories, instead of the forgotten failures, it’s important to learn all you can about what makes great musicians so great so let’s take a few minutes to consider one of the things that great bands have in common… Setting goals.

In the music world

every participant has a goal or two. The problem is most of them are so vague, they are inherently unreachable. It isn’t because the goal that is set is too difficult. It’s because the mindset necessary to reach the goal wasn’t incorporated in setting it.

In that same group

you will probably get another twenty folks who say, “I want a recording contract this year.” and they stop there. Is it better? Yes, but there is still a lot of room for improvement. These folks are setting a challenge for themselves but, again, the specifics of the goal are missing, When they set a time frame of one year to get a recording contract, most folks won’t jump right in and get to work. We are all human and it’s a human tendency to put things off. If you are setting this goal in January, you aren’t going to be nearly as motivated as you would be at the end of the year. Instead of reaching the goal, most folks will fall into the traps of complacency and apathy with this type of goal.

Instead of playing into the hands of failure, let’s discuss what the other five people in the group, the successful ones, will tell you. These folks are the ones who get very specific with their goals. They will tell you not only that they want a recording contract this year but they will already have a plan mapped out in their minds about how they are going to get there. They are the ones that will set challenges for themselves by saying, “I want a recording contract this year and I will get it by mailing out X number of demo CD’s each week, building a rapport with the press, updating my bands website four times a month and utilizing social media to promote my band.” These are the folks who will be successful as musicians long after others have fallen to the wayside because these folks set a goal that is reachable and they established the challenge mindset that will help them reach their goals. Instead of making an ambiguous statement of intent, they outlined the whole process from objective to method. By doing so, they challenge themselves to meet all of the milestones they have established in relationship to their goals.

So what can we take away from this article? Mainly that we need to be setting very explicit goals for our music careers. If we don’t adopt a winning mindset from the beginning, the chances of being successful in the music industry plummet drastically. Don’t let this happen to you. Set achievable goals with challenges along the way and you will increase your chances of being a success. 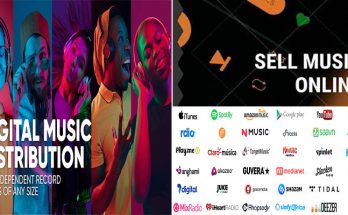 How To Sell A Song On ITunes