If you are able to get into this fine culinary institute then the future is golden. Jon-Paul Hutchins, lead chef instructor at Le Cordon Bleu College of Culinary Arts in Scottsdale, pours vegetable broth whilst preparing to cook gravy. I not too long ago had a likelihood to interview an experienced Culinary Arts Teacher at a vocational high college in Massachusetts. 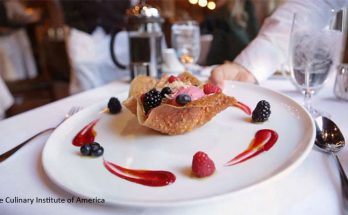